Renewable energy technologies such as solar photovoltaics and onshore wind power can help sub-Saharan Africa meet its energy requirements from sources that have lower emissions than fossil fuels.

Currently, the sub-continent gets 0.01% of its energy supply from wind, 2% from solar, about 4%-5% from geothermal, 17% from hydro and 77% from fossil fuel. About 70% of current greenhouse gas emissions come from the global energy sector.

Clearly sub-Saharan Africa needs to reduce its dependency on fossil fuels. Even though its greenhouse gas emissions account for only 3% of global emissions, the region’s reliance could be the source of a future carbon tsunami. This would happen if energy demand skyrocketed on the back of rapid population growth, urbanisation and economic growth.

There are many who advocate a move to hydropower, which currently accounts for 17% of the continent’s energy mix. And the trend is to increase its share.

But I believe there are dangers in this. Based on my research, and the work of others, I would argue that there are three reasons to suggest that African countries need to diversify their energy sources and avoid a very high dependency on hydropower.

The main concern is climate uncertainty. This could potentially pose a threat to hydropower generation. Generating energy from hydropower depends on precipitation and temperature patterns. Heavier rains and more prolonged droughts will affect the ability of countries to produce hydropower.

The second concern is related: developing hydropower facilities takes decades. It’s hard to plan that far ahead when future climate conditions are uncertain.

And the third difficulty is that the region is vulnerable to water shortages and is already experiencing the consequences.

These obstacles call for energy diversification to solar, wind and geothermal. The cost of solar has declined by 85% and that of wind by 56% in the last year alone. This makes these technologies much more affordable and accessible.

But policy barriers currently impede the development, use and application of these low-carbon energy technologies.

Dangers ahead for hydropower

The intensity and duration of precipitation varies across sub-Saharan countries and regions. For example, in southern Africa in 2020 precipitation was less than the historical average for the region.

In other areas, wetter weather is expected through to 2100. In the eastern African region this period is projected to be wetter and accompanied by heavy rains. Variability between years and heavy floods can make managing dams difficult, and disrupt the electricity supply.

This has already been seen to happen. Heavy floods and wreckage have disrupted the operation of dams in Zimbabwe, Mozambique and Malawi. In the case of Malawi, this significantly reduced hydropower generation capacity in 2019).

The second challenge is that hydropower plants are long-term projects which could last up to 100 years. Under uncertainty about future potential impacts of climate change, it will be risky to build hydropower plants. They might not be sustainable.

Thirdly, competition for water between industries, energy, domestic use and irrigation is expected to increase the stress on water availability. Water scarcity would be a critical impediment to supplying Africa’s growing energy needs with hydropower. According to projections, the African population will reach 2.5 billion in 2050. An additional 1.7 billion people will need energy, water and food. As of 2021, out of a 1.4 billion population, 600 million people do not have access to electricity. The same water is used for drinking water, industry, irrigation and food production. This implies that water stress comes from a multitude of directions, including climate change and socioeconomic development.

More than 80% of the energy generation from hydropower comes from the Democratic Republic of Congo, Ethiopia, Malawi, Mozambique, Uganda and Zambia. In my view, all should diversify their energy sources to other renewable to make their energy supply climate resilient and sustainable.

Barriers to solar and wind

Policy studies have identified five major barriers to the development and uptake of solar and wind technologies in sub-Saharan Africa:

These barriers are intertwined and reinforce one another. For example, the lack of an independent regulatory system creates unpredictability and deters investment.

There is a tremendous chasm between aspirations and policy execution in Africa. To close this gap the following steps need to be taken.

Policy barriers must be lifted and there needs to be better co-ordination between the various players.

In addition, development banks and donors need to champion and invest in the areas considered risky by private businesses. They need to lay the business foundations to make the sector attractive for private investments. In return, governments must adopt policies and strategies that encourage private investments in solar, wind, and geothermal technologies. 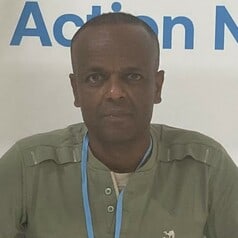