Resilient Rural Electrification: How much energy is enough?

The 21st century will see, and is seeing, a decentralization of traditional electricity networks, at the same time as a decarbonizing of power generation to reduce CO2 emissions that are causing potentially catastrophic climate change. At the same time, those who have not been served by 20th century power infrastructure should not be left behind, and access to energy for all is as essential as improvements in existing power networks. The Sustainable Development Goals to eliminate poverty for the poorest 1-2 billion people cannot be completed without eliminating energy poverty (SDG7), so a model that directly links energy access to poverty alleviation helps quantify the impact each technology used for energy access towards the elimination of poverty. Despite its limitations, the Human Development Index (HDI) is a useful three-component measure of poverty reduction with equal components focused on income, education and health that adds up to an overall  level of poverty. So how does each energy access technology increase HDI from the lowest levels (0.4) to graduation out of the “least developed country” zone (>0.65)?

Lighting is often the first technology to change, saving $1-2/week/household on kerosene lamps and batteries. This results in an HDI increase of just 0.00035-0.0007, just 0.14-0.28% of the desired increase in HDI of 0.25. The benefits of larger systems provide access to lighting, TVs, fans, radios and other small appliances, and these technologies represent the vast majority of the offgrid energy industry impacts, but has found to be contributing just 2% of the total poverty alleviation impact, requiring up to 80W of power per household. 98% of poverty alleviation has not been addressed.

Improving cookstoves alone can contribute 10-20% of development impact (mainly via improved life expectancy), but the bulk of impact is delivered by “productive” uses of energy, particularly community-scale technologies such as mills, shared water pumps, washing machines for laundromats and power for schools, health clinics, shops and government offices. These can provide far more of the desired poverty alleviation impacts, but also require more power and energy, up to 140W per household if cooking is improved with more efficient, lower emission thermoelectric biomass cookstoves, but requiring an additional 500W if solar electric cooking is used, giving respective totals of 220W and 720W of power and 0.8 kWh and 1.8 kWh per day of energy consumption.

From a baseline of $500/household/year of real income, education of 6 years schooling, and an average life expectancy of 55 years for those most in need, who are mostly rural smallholder farmers, this suite of energy access technologies that costs $1100-1750 to implement should result in a doubling of income to $1000/year/household (assuming the same crops are grown), 3 years of additional schooling due to reduced manual workloads and a properly working school, and 3-4 years longer lifespan due to more food to eat, better incomes, reduced indoor air pollution and a properly working health clinic. This increases HDI by 0.122, around 50% of the desired increase.

The full suite of technologies has a simple payback of 2-3 years which may require 4-6 years of financing to cover commercial operational costs and returns to private sector investors. This is probably too long for most investors, who prefer a maximum exposure of 3 years, so the model also helps isolate which technologies are best suited for rapid paybacks and which others will need public capital. Adding the cost of powerlines can increase these costs by 10-50% depending on the demand for energy and the local population density, so minigrids and grid extension will be affordable in some instances, but otherwise isolated solar+storage home systems will be the least cost option. In no instance is the cost expected to exceed $1500 per household, so for 150 million offgrid households (750 million people) that lack access to electricity today, the total cost is not expected to exceed $225 billion, considerably lower than the estimates of $400-600 billion made the International Energy Agency which are regularly promoted by the United Nations, Sustainable Energy for All and other industry leaders. Over 10-15 years, this would average $15-22 billion/year, which seems feasible given baseline expenditure of the worlds’ offgrid households is already $15 billion/year spent on very poor quality services.

It is thus hoped this HDI-based model of delivering energy access demonstrates how efficient appliances and rational delivery of clean energy solutions can deliver such essential services for considerably less cost than experts currently expect, and quantifiably demonstrates that eliminating energy poverty delivers up to 50% of the required increase in the Human Development Index that would lift the least developed regions and countries out of poverty. The remaining poverty alleviation effort would mostly come from non-energy interventions, and to attain the required rise in income, may require a substantial shift in historical practices, such as changing from staple crops to higher value crops, or farming the sun instead of the land by installing solar power in the low-productivity farms and selling the energy to the city, or by relying on education of the next generation to provide a higher non-farming income. 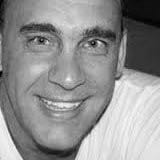 Thanks Sun-Connect team. This article is an edited excerpt from a longer book chapter in The Palgrave Encyclopedia of Urban and Regional Futures (https://link.springer.com/referenceworkentry/10.1007/978-3-030-51812-7_284-1)

0
Reply
Resilient Rural Electrification: How much energy is enough? - Sunergy