About risks and side effects of the PAYGO model

The sale of off-grid solar systems using end-customer credits has become a widespread standard today under the overall term pay-as-you-go (PAYGO). Even though the off-grid solar market in sub-Saharan Africa has received a considerable boost as a result and the instrument has often proven to be effective, it is also associated with risks and side effects that have caused and continue to cause not inconsiderable problems for many companies and end customers.

Based on 17 years of experience with the PAYGO model in Africa, I would like to point out some of the risks and side effects of this business model*:

The original target group: the poorest of the poor in remote areas

PAYGO began its career as a solution to provide affordable and clean energy to poor households in remote areas. However, installing a solar system in off-grid regions for customers who have previously only used kerosene lamps or candles is a challenge in itself, as it requires a good introduction to the new technology to ensure its correct use. Otherwise, the creativity of customers in dealing with solar technology will drive up some service costs steeply.

This technical “training hurdle” is joined in the PAYGO business by a much larger one: most customers have never taken out a loan before, do not know about the (legal) liability of the installment payment obligations they have entered into, and are often enough not in a position to understand what burdens they are entering into and whether they can bear them.

Because in the everyday life of these customers, the next problem usually determines the use of the small amount of money: the children need school fees, a relative has died, the mother needs medicine, the roof needs to be repaired. And already the money for the installment to a solar company, with which one is connected only by a piece of paper, is missing.

The problem is intensified when these customers encounter sales personnel who are guided by sales commissions and act in a correspondingly brash manner. The conflict between the interests of the company and those of the customer is then exacerbated.

Of course, first-time lending to people without bank accounts in remote areas offers an opportunity for these people (“banking the unbanked”), and of course this is an important social impact of the PAYGO model that should not be underestimated. But it is also clear that this initial lending is often too risky to be carried out as a purely commercial commitment. In this case, grants or soft loans are more suitable financial instruments for the PAYGO model.

There is already a good reason why lending to credit-unskilled households always works well when there is a social liability associated with the repayment. For example, when a (village) community is involved in the repayment process, or a Sacco grants loans to its members.

However, commercially operated PAYGO involves lending to individual customers without inclusion in a community system that provides social protection and obligation in equal measure. This creates additional difficulties and risks.

As a financial product: complex and very capital-intensive

End-customer loans are a complex and, in view of the customers and the market situation, highly risky financial product. A dedicated credit department is needed to manage it. Setting this up requires time, money and sufficient specialist staff. In this respect, some of the international PAYGO companies were rather naïve in the beginning. In the meantime, they have done their homework: thanks to improved software support, the credit allocation process is so professional that even commercial investors can now be persuaded to invest billions with promises of growth and returns.

However, commercial loans (instead of soft loans or grants) not only significantly increase the cost of capital. There is also growing pressure to deliver the high growth and sales figures promised in business plans. Because without plan fulfillment, no new loans. Without new loans, no continuation of the PAYGO business. PAYGO relentlessly demands a continuous inflow of investment capital.

This marks the beginning of an initially imperceptible but ultimately significant shift from the PAYGO company, which previously had a strong social drive, to a purely commercially oriented business. This is neither good nor bad in itself, but this change certainly does not only have positive consequences for the way the company deals with the customers it originally set out to serve: the “poorest of the poor” in remote areas.

In order to meet sales expectations and achieve profitability, four main strategies can be identified in the market:

Neither of these two strategies is a universal attitude among PAYGO companies, but they do highlight a fundamental conflict that is a constant concern for the employees of every PAYGO company and is never finally resolved: the balancing act between revenue-boosting sales on the most favorable credit terms possible and the granting of credit on serious terms only to customers with proven creditworthiness. The dilemma is not always solved to the benefit of the customer.

These four strategies occur in different weights and combinations. The bottom line is that many PAYGO companies are turning away, to a greater or lesser extent and above all for economic reasons, from the goal that was the focus of the PAYGO concept in the beginning: The area-wide supply of even the “poorest of the poor” in very remote areas with solar energy.

However, it is not right to “blame” investors for this. Instead, the PAYGO model should be viewed and applied in a more differentiated way so that it can develop its social impact in addition to its economic and environmental impact.

The future of PAYGO

There is no doubt that providing end-user loans to purchase a solar system will continue to be a very viable tool to spread decentralized solar and provide a clean, affordable and reliable energy supply. In urban, peri-urban and remote areas.

The question, however, is

Especially for poor households in remote areas, purely commercially driven PAYGO loans quickly achieve the opposite of what they set out to do. The risks, costs and uncertainties of serving these customers are ultimately too high from an economic standpoint. Here, subsidies must buffer the economic risks if the PAYGO model should have a consistently positive effect here as well.

This necessity is actually not surprising, because other forms of energy (from kerosene to diesel to grid electricity) only reach this remote clientele if access to energy is significantly subsidized and sometimes even provided free of charge.

However, one important difference remains with solar technology: while other forms of energy require a permanent subsidy, a one-time subsidy is sufficient for a solar supply. This is a significant difference also for the national economy of the respective country.

* My findings in this article refer exclusively to experiences in the solar market of Sub-Saharan Africa since 2005. The conditions in Asia (especially India or Bangladesh) are quite different and therefore not comparable. 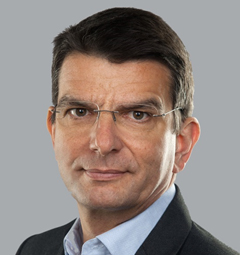 […] of wealthy energy players will end the sharp selling practices outlined by Bloomberg. News outlet Sun-Connect also shared a more balanced opinion and some great learnings about the risks and side-ef… in a recent in-depth analysis, highlighting the fundamental differences between “small” local […]