Should you even bother connecting to the grid? Off-grid development in US

After years of developing energy projects, and dealing with the frustrations of interconnecting to the grid, Ben Parvey said enough is enough. It’s time to help people get off the grid.

Parvey is not a back-to-the-land romantic. He’s a former public finance attorney who since 2008 has served as CEO of New Jersey-based Blue Sky Power, which develops, finances, owns, operates and manages clean energy capital projects for governmental, institutional, commercial and industrial facilities

Blue Sky Power has a portfolio of success stories – sizable projects for colleges, manufacturers, senior centers, water works and others. But Parvey is also painfully aware of the projects that never happen, denying people clean, reliable energy in a timely way.

“The interconnection process and the regulatory frameworks prevent a lot of clean energy project development and microgrid development,” he said

The technology is available

When COVID-19 slowed down business in 2020, putting about $40 million in Blue Sky Power’s projects on hold, he and his team had time to take stock. Because energy technology has evolved to the point where homeowners do not need to connect to the utility grid, he thought, wasn’t it time to let them know?

Thus, Parvey’s new business, OhmGrid, was born. The company is devoted to helping homeowners become energy independent by installing what he describes as a modern electric system, a microgrid with solar, storage, a backup generator and control technology.

OhmGrid finances the equipment and offers the systems under an energy-as-a-service contract. So the homeowner puts down no money, other than a $250 reservation fee, and pays a monthly energy bill, much as it would to its utility. But it’s different from a utility bill in that it’s a flat rate, unchanged no matter how much energy the home uses.

The company provides 24/7 service for the system and offers what it calls a one-minute guarantee. If the power goes out for even a minute, the entire day’s energy is free to the homeowner.

“With triple redundancy, it’s not that hard. If you have solar, storage and a generator, you really shouldn’t be without power,” Parvey said in an interview with Microgrid Knowledge.

OhmGrid is beginning its work in the Mid-Atlantic and Connecticut with emphasis on communities with high electric bills, power outages and dissatisfaction with the local utility.

Businesses getting off the grid too

Parvey isn’t alone in developing off-grid microgrids. They are cropping up not only for homes but also businesses.

TWA Hotel, a 512-room, six-story facility in New York City, installed its own microgrid in 2019 and chose to operate entirely off grid to save money.

In California, Bluehouse Greenhouse determined it was too expensive and difficult to interconnect its microgrid to California’s grid. Instead, the ag tech company decided to keep its 2.8 million square foot, highly automated glass greenhouse entirely off grid.

Silvies Valley Ranch, a resort outside of Burns, Oregon, decided it made more financial sense to create off-grid microgrids for 600 homes than pay the local utility to run lines to the ranch.

At Microgrid 2022, which was held earlier this month in Philadelphia, Pennsylvania, Chris Wolfe, senior director of environmental sustainability for Bimbo Bakeries USA, the producer of such popular brands as Thomas’ English muffins, Arnold bread, and Sara Lee and Entenmann’s pastries, said he is considering taking his California facilities off grid.

Still, off-grid microgrids remain rare in the US. Many microgrid owners leverage a grid connection to bolster the microgrid’s economic position, either by participating in demand response, selling ancillary services to the grid, or leveraging against grid pricing.

Too many power outages

But Parvey says that for those who value electric reliability, the grid has been making a poor case for itself — from last year’s massive power outage in Texas to the ongoing wildfire-related public safety power shutoffs in California and other less dramatic but frequent power outages. This summer, worry has heightened about the mid-continental states, which the North American Reliability Council says face power capacity shortfalls “resulting in high risk of energy emergencies during peak summer conditions.”

It’s in this atmosphere of concern about grid reliability that Parvey is finding a receptive market to the off-grid concept. OhmGrid launched in May and already has several orders and expects to have its first projects installed this year. The company  wants to capture 10,000 customers by 2024, with the eventual goal of 40,000 customers, a point where Parvey hopes the company will qualify to compete with utilities in the JD Power customer satisfaction rankings. Parvey envisions OhmGrid eventually becoming something akin to a national utility — a contemporary version — serving a network of off-grid systems.

Do people fear going off grid? Parvey said he’s not finding that to be the case in his conversations with potential customers. But no doubt, some do. Parvey foresees off-grid technology traversing the path of the cell phone. At first, people were afraid to give up their landlines but eventually did. At the same time, he noted, OhmGrid’s system can be configured to use the grid as backup power if that’s what the customer prefers. The company also leaves open the option for customers to purchase their microgrids outright, rather than participate in an energy-as-a-service program.

“We will help people get off grid at least,” he said.

Grid infrastructure from a past era

He said the time is right because of high dissatisfaction with utility service. Parvey has been studying the JD Power electric utility customer satisfaction surveys which he said net utilities a C-minus.

After 14 years in the business, he has little hope conventional power infrastructure will improve significantly. He noted a Reuters article about a Princeton University study that found it will cost more than $2 trillion to modernize the grid.

“We’re not going to invest $2 trillion anytime soon to truly upgrade the US transmission system. No one is in charge. Every state’s regulations are different. The federal government can’t force the states to take action to modernize the grid. It’s going to continue to domino and get worse and worse,” Parvey said.

He describes the grid as an outmoded, 140-year old technology with millions of miles of power lines strapped to stripped trees and steel towers from the industrial revolution.

“It’s unfortunate because there are a lot of wonderful people at utilities who work really hard and bust their asses to keep the lights on for everyone,” Parvey said. “But the problem is that it’s just a ridiculously outdated business model. It’s a ridiculously outdated infrastructure. It’s 2022 and what powers our cool stuff is totally antiquated.” 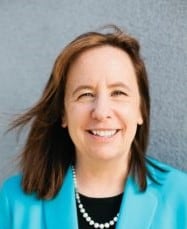