How mobile solar-powered pumps are improving agriculture in rural Tanzania

For more than a decade, Felister Myovela and her fellows in their farming group in Southern Tanzania were struggling to irrigate their small farms. In the region where Felister is living most of farmers are engaged in subsistence agriculture which is performed under a constraints of poor infrastructure with rudimentary tools including using fossil fuels.

Felister is a leader of a 20-women only farming group which is engaged in small scale-farming mostly producing vegetables in their small farms of around half an acre each.

To irrigate half an acre, it would take each farmer at least two days with the majority using buckets as their best irrigation method.  Majority of farmers in Tanzania like Felister and colleagues does not have enough money to purchase mechanised tools like modern pumps despite agriculture contributing to more than a quarter of the East African economy at 26.5 percent of the total Gross Domestic Product as of 2020.

The National Sample Census of Agriculture 2019/20 shows that majority of small scale farmers are using traditional methods of farming with approximately 2 households in every 100 (1.8 percent) surveyed use water pumps while only 1.6 percent uses sprinklers with poverty contributing largely to the situation.

Despite their region having friendly weather for agriculture with two rainfall seasons annually, regular drought has created more burden on these farmers who depends on agriculture as their main economic activity.

Felister (35) said most of her group members who own farms in dry lands failed to manage even half an acre because irrigating such plots was “more than a punishment.”

“We used to wake up early in the morning around 5:00, fetch water from a well dug in a certain corner of the farm and carry by hands or heads and irrigate the whole piece of land,” Felister said.

After all the pains, her group which is based in Lupembe village in the Iringa region is now getting relief, thanks to a solar-powered mobile pump that has helped them irrigate their farms faster and effectively.

The solar-powered mobile pump is an innovative farming product developed by a local renewable energy organisation, ELICO Foundation which in the last three years has been investing in solutions to improve the lives of the majority who are energy vulnerable citizens including farmers and petty traders. The product has accompanied by a business and operational model which aims to match with the financial capacity and the environment where beneficiaries are operating in.

In this pump, solar panels are installed in a simply made in two-wheeled or three wheeled handcart fitted with an electric pump that push water from the water source to the farm for irrigation.

The pump, according to Felister, has more than doubled the productivity of all group members by increasing produces and save irrigation time that is now used in other agricultural activities and other productive activities in the morning with their families.

“I remember I used to spend at least five hours irrigating my half-acre every day and sometimes you don’t finish the work because of fatigue but now I wait for the sun to raise and start irrigating my farm,” she said.

For now, Felister uses a maximum of two hours to water her farm located a few kilometres from the Tanzania-Zambia highway, the time which is twice lower than her previous manual work.

“After starting using this mobile solar-powered pumps, we harvest at least 20 bunches of vegetables twice a week from an average of six to seven bunches…this is a great improvement,” Felister, who is a chair of a 20 women group, said.

In average every bunch of a vegetable such as spinach or amaranth is sold at 500 Shillings ($0.22) and Felister has nearly tripled her income after using the solar-powered pump to $8.63 per week from an average of $3 a week.

“I am planning to increase my farm to one acre as I’m now assured that I will irrigate easily and get enough produce,” Felister said adding that they received two mobile solar-powered pumps from ELICO Foundation.

To maximise productivity, members with farms in drylands are given priority by getting more days than those in wetlands.

Each member in a group is required to contribute around 5,000 Shilling ($2) a month which is saved in a group bank account to support maintenance in the future in case of any breakdown as one of their sustainability strategies, she said.

Felister, a mother of four, and her fellow group members are planning to find a loan to add three more mobile pumps to reduce the waiting time. When a member is using the machine has to use it effectively as she has to wait for two or three days to get back the pump.

The group is part of the farmers in Tanzania who are using the solar-powered mobile pumps which experts said will help improve the lives of farmers by increasing the amount of produce, reducing irrigation time as well as protect them from tough farming tasks.

David Chitemo, an Irrigation Officer at Kongwa district council in Dodoma region said so far farmers are sharing positive stories on the pumps, especially in areas with dry lands like his locality.

“These pumps are friendlier to small-scale farmers who do not have enough money to build irrigation systems…I have farmers who uses these pumps they are doing well and the productivity has improved,” he said.

The farmers in Kongwa like those in Iringa where Felister is based, are farming vegetables, beans, okras, onions and tomatoes.

Mass production and distribution will widen the impact

Despite the impact of the pumps to small-scale farmers, Chitemo says more impact will be realised if the machines will be produced in a mass scale and distributed to the different parts of the country.

In some villages, he said, several farmers in groups have to wait at least five days to get their turn to irrigate their farms by using solar-powered pumps.

“The relative large pumps are worth around 3.5 million Shillings ($1,450) which they fit more farmers who are in groups or those who are considered as leaders…stakeholders have to find the best mechanism to finance these machines so that many farmers can access them,” he said.

Chitemo said to support the adoption of technology they provided loans to the farmers’ groups and each group is required to repay about 1.2 million ($518) a year and farmers are happy because it has improved their produce for more than 40 percent in the first months of using them.

The origin of the idea

ELICO Foundation said the idea of creating mobile solar water pumps came up when they were doing research along the great Ruaha river in Iringa region where they found many smallholder farmers who were irrigating their farms using petro diesel pumps.

“When we asked them why don’t they use alternative energy like solar for irrigation they said they could not afford to pay for it because the cost was very high compared to the fuel pump and could not pool their resources together to buy and use it on shared basis because their farms are scattered,” Sisty Basil, ELICO Foundation’s Executive Director, said.

After such engagement, Basil said they went back and look for the solar pump which can easily be moved between farms to pump water for irrigation but there was none thus why they decided to come with the idea.

By 2020 Tanzania had 289,381 hectares under irrigation during short and long rainy seasons, representing only 2.5 percent of the total planted area according to the National Sample Census of Agriculture 2019/20 by the National Bureau of Statistics.

Under such a situation, Basil said if smallholder farmers adopt the technology it would significantly improve their productivity, increase food security and their margins which are normally reduced by the use of petro diesel water pumps and high maintenance cost.

To scale up the idea, Basil said so far they have attracted various local companies and fabricators to design and fabricate the mobile solutions.

As an NGO, ELICO is planning to train a total of 30 solar trolley fabricators who would fabricate the solutions in their respective regions.

“We have also extended our foot print this year to cover 10 regions where we will deploy a total of 30 additional pumps just for demonstration,” he said.

Basil said to help these farmers adopt the technology, they have designed a friendly business model to low income earning groups where small holder farmers organize themselves into groups, pool resources to finance the pump and use it on shared basis.

While the cost of mobile solar-powered pumps varies due to factors such as the sizes of panels, volume of water needed at particular, ELICO said the smallest system will normally cost around 1.6 million Shillings. Unlike other products which are imported from abroad most of the equipment are sourced locally including localities where farmers are based, reducing the impact of global supply chain destruction.

“During our pilot phase ELICO with the support of Mott Foundation and other development partners subsidized these pumps allow the farmers’ groups to pay on monthly basis…our project partners are also using different financing mechanisms to make solar irrigation accessible and affordable,” he said.

This article was previously published by Daily News newspaper in Tanzania on September 21,2022. As for now becomes a copyrighted content. 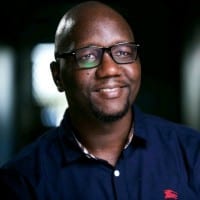