The “large format” 72 cell nominal 24 V solar module has been a staple of industrial and other off-grid solar system design for several decades. Over much of that time, cell and module sizes have been growing. While these increases historically have been linear and incremental, in recent years they’ve been accelerating. A major factor driving this trend is the fact that grid-tied utility-scale residential and commercial solar designers who also deploy 72 cell modules need larger cell sizes to increase the solar module’s total power output.

Because they increase power more cost-effectively, larger cells and modules can accommodate larger loads, and can offer greater solar “autonomy” in regions with more limited sunshine (lower insolation). In addition to upfront cost savings, the extra power from these larger modules can improve battery health at off-grid sites by producing higher average battery state of charge (SOC) when the load the system is running is not increased. Since batteries are often the most expensive component in an off-grid solar system, this greatly improves ROI in terms of battery costs and the time and effort to replace them.

Technology, competition and economies of scale have driven module prices lower over the years, lowering the cost per watt. Module manufactures have also been dialing in the Voc and Isc of these larger modules to help large residential, commercial and utility-scale grid-tied projects benefit from reduced costs associated with combiner boxes, racking, foundation, cabling and installation. These benefits outweigh any negative consequences that large-cell modules might have on large grid-tied system designs.

However, most off-grid systems, typically consisting of just a few modules, are unlikely to see those same cost savings. This means larger modules present the following potential negative consequences for off-grid designers:

Module weight considerations. Heavier modules can increase transportation and installation costs, as well as racking needed. Module weight increases can also affect deployments because OSHA and other regulations (and just practicality) might require two people instead of one to lift larger, heavier modules into position. Although grid-tied projects can also be affected by heavier modules, off-grid projects are more sensitive to them because they oftentimes deploy fewer installers (sometimes just one person), and off-grid systems are more likely to rely on mounts and supports that are not as large and stable as those associated with large utility-scale grid-tied solar systems.

Because of the strong demand from the utility scale grid-tied industry, the trend for larger modules will continue. Since the off-grid market is so much smaller than the grid-tied solar market, it is easy for module manufacturers to overlook concerns related to off-grid system designers. Fortunately, in the long run, as the price of these new larger modules continues to fall, the larger module trend will also benefit off-grid designers, as long as designers identify, understand, and adjust accordingly to mitigate the potential negative consequences.

In the short run however, off-grid designers should be aware of the potential pitfalls of larger modules and make sure to design their systems around them. Changes in module electrical characteristics from year to year, which used to be small and predictable, will now need to be scrutinized more carefully.

For firms lacking dedicated solar design resources, the first step is to consider the benefits of additional education/training and online resources, such as off-grid string calculators, as well as seeking help from experienced third parties to navigate through these changes.

For more detailed information about this topic, you can view a recorded webinar presented by SunWize Power & Battery and Morningstar Corporation right here.

Mark McHenry is the marketing manager for Morningstar Corp., a leader in solar charge controllers and inverters. 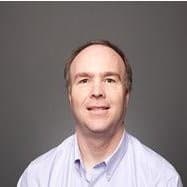 Great article, thanks Mark. It’s one reason I don’t use large 400-500W panels on our 500-1500W solar mills, cookers, washing machines and other productive uses. So far we’ve stuck to 125W panels, because if it can’t fit in the back of a 4WD or put on a roof by one person, I’m not interested. Maybe we’ll upscale to 250W but I doubt any bigger. Haven’t seen anyone explain the on-grid / off-grid differences as well as this before, so thanks again, an important contribution.

This information is very important especially, while considering, connectivity in Africa were many off-grid installations are on the increase.