Nigeria’s power sector has suffered 222 partial or total grid collapses in the 12-year period from January 2010 and September 2022, according to reports. The country has struggled with poor power supply for years, often caused by disruptions to existing infrastructure. Despite the best efforts of all stakeholders, the country has continued to experience frequent national grid collapses.

The Nigerian energy supply crisis remains one of the critical factors that has stalled its desired economic growth. Experts have argued that power supply challenges have crippled the agricultural, industrial, and mining sectors and impede Nigeria’s ongoing economic development. It is no news that the power sector has failed to provide the electricity supply required by both domestic households and industrial producers to sustain a rapidly growing population and economy. The World Bank notes that about 55.4% of Nigeria’s population are connected to the energy grid as at 2020 though are typically without power for about 85% of the time and almost nonexistent in certain areas1. Average daily power supply is estimated at four hours with power cuts nor restorations rarely announced and the country going long periods without any power at all.

Nigeria energy supply crisis is complex, stems from a variety of issues, and has been ongoing for decades. Many have argued that the centralized grid system and government’s continued involvement in the management of the transmission facilities are responsible for the lack of development and investment in the sector. They believe that a liberalization of the electricity market will open opportunities in the sector, secure adequate investment to improve infrastructure development and restore competitiveness in the Nigeria Electricity Supply Industry (NESI).

Since 2005, Nigerian power reforms have focused on privatizing the generation and distribution assets and encouraging private investment in the power sector. However, the government continues to control transmission assets though it has made progress in creating a regulatory environment that may be attractive to foreign investors.

Current state and the case for grid decentralisation

While majority of the Nigeria’s urban population (about 80%) are connected to national grid electricity, the same cannot be said for people living in rural areas (only about 34% of the rural population are connected to the national grid). It is easier to provide electricity access through grid extension in urban areas because of concentration of people and the generally higher incomes of potential consumers. Electrification through grid extension, especially to rural areas, involves huge investment and risk and is usually taken up by governments, as there is usually a dearth of data to encourage private sector investments in grid expansion.

His Excellency, President Muhammadu Buhari, GCFR, announced during an interview with Bloomberg News, in June 2021, that the Federal Government (FG) has commenced the decentralisation of the national grid through renewable-driven mini grids to address the challenges of power supply across the country. The President noted that the FG had earmarked US$550 million for the provision of 20,000 Standalone Solar Systems (SHS) and Solar Hybrid mini-grids in at least 250 locations across the country. However, a lot of these efforts appeared concentrated in resolving rural access to electricity. Given the difficulties with extending the existing grid to these areas, the concept of encouraging the set-up of mini grids there championed through the Rural Electrification Agency of Nigeria (REA) has been a master stroke.

However, it does not address the issue of the aging infrastructure in the existing grid which makes it prone to frequent collapses. Several people have argued against the continued reliance on a centralised grid as it did not make sense for an entire Nation to have to go without power for extended periods for issues which may have been localised if we had a decentralised grid. A decentralized electrification involves generating electricity at or near the place where it will be used. This means setting up a smaller scale electricity generating units and supplying to a limited area. Such generating units can be integrated to the grid or be completely off-grid. This article therefore highlights issues for consideration for a decentralised grid.

Increased competition in the wholesale market

Decentralisation is likely to increase the level of competition in the industry. Currently, eligible buyers and sellers can enter into contracts for the supply of power using either a distributed generation system or the infrastructure of the existing Distribution companies (Discos) after obtaining their consent and payment of any agreed fees. The Discos cannot refuse the use of their infrastructure without any tangible basis which must be approved by Nigerian Electricity Regulatory Commission but a number of players have so far restricted themselves to using distributed generation systems with the supply from the Discos serving only to vary the energy supply mix. This has therefore limited players in this space to very small franchise areas with limited customers and high cost of supply. Under a decentralised system, these players would be able to build their own large scale distribution network, spread the cost of the infrastructure amongst a larger market and drive down cost. The existing Discos will also need to improve on the quality of their services to remain relevant in the market otherwise consumers would be more than willing to port to a different supplier. There will also be increase market for generation capacity as these new players investing in new distribution networks would need to be able to guarantee supply thus creating opportunities for generation companies either through embedded generation projects or through the development of alternate transmission lines.

Competition in this instance can only be good as its overall impact would be to drive down the cost of the power for consumers in the long run with higher quality service delivery.

The issue of incessant grid collapses

Decentralisation will also significantly address the instances of nationwide black outs as a result of national grid collapses. It may not eradicate grid collapses but at least people will have options and an issue in one grid may not necessarily translate to any other grid across the Nation.

Uneven development of the sector across the country

Notwithstanding, there may be the lingering doubt as to whether decentralisation would lead to uneven development of the Nations electricity sector and grid. Many have argued that private investors would be more likely to invest in areas with greater capacity to pay thus leading to uneven development of the grid or over concentration of grid development in certain areas at the detriment of other areas. Consequently, there may be need for some sort of regulation which tries to balance this development. Others have argued that a significant number of mini grids have sprung up in unserved and under served areas already and a lot of them charge tariffs that are higher than what is available on the grid today yet do not face the same amount of collection challenges faced by grid players. This to them is demonstration that the fears of uneven development may not be valid.

There is also the issue of commercial viability. Competition may lead to long term lower cost for consumers but that may not be the case initially. New grid developers would need to invest significantly in infrastructure from the start and the cost of this infrastructure would have to be borne by new subscribers. Given the potential concentration of subscribers, it is likely that this cost may he high at the beginning thus leading to higher tariffs than what is available on the grid. Will consumers be willing to enter into longer term power purchase agreements (PPAs) with these new grid developers on higher tariffs? Would they be more willing to take a bet on grid supply to get it right in the mid term and so decide that they will only enter short term PPAs? Will financiers be willing to fund projects with a long pay off cycle without guaranteed revenue flows due to the absence of long term PPAs? These are the questions that may need to be answered to ensure commercial viability of these proposed new grids. It is a different situation when building a mini grid in an unserved areas with no grid access and no plans to extend the grid to those areas in the short or mid term. In areas with a grid, people will have options and it may be overly simplistic to assume that the current grid players will not get it right.

Grid integration is also a key consideration in a decentralised system. The major challenge for Nigeria will be coping with the variability and intermittency of modern sources of renewable energy (such as solar and wind) – given that the current grid infrastructure was built based on controllable energy sources and organized around the generation-transmission-distribution model. If not properly planned, large-scale deployment in distributed generation may result in the instability of the voltage profile. Further, emerging technologies, such as smart grid, renewable energy and energy storage, will require the operation criteria of the whole power system to be redesigned and modified. Therefore, the success of the proposed decentralised grid system will depend on how Nigeria transforms the technology powering the grid to accommodate the various generation sources without disrupting services to customers.

are often trapped in a re-enforcing cycle of deprivation and lower income. Economic productivity, opportunities for income generation, and the ability to raise living standards are strongly affected by the lack of access to energy. Fortunately, this vicious cycle can be reversed once every Nigerian is able to switch to reliable and affordable modern energy services. There is no doubt that access to energy services will create employment, increase trade, and support value-adding activities, facilitate the accumulation of “surpluses” or savings that will enhance nutrition and health, improve housing conditions, and facilitate access to education, thus contributing to an improved Nigeria. 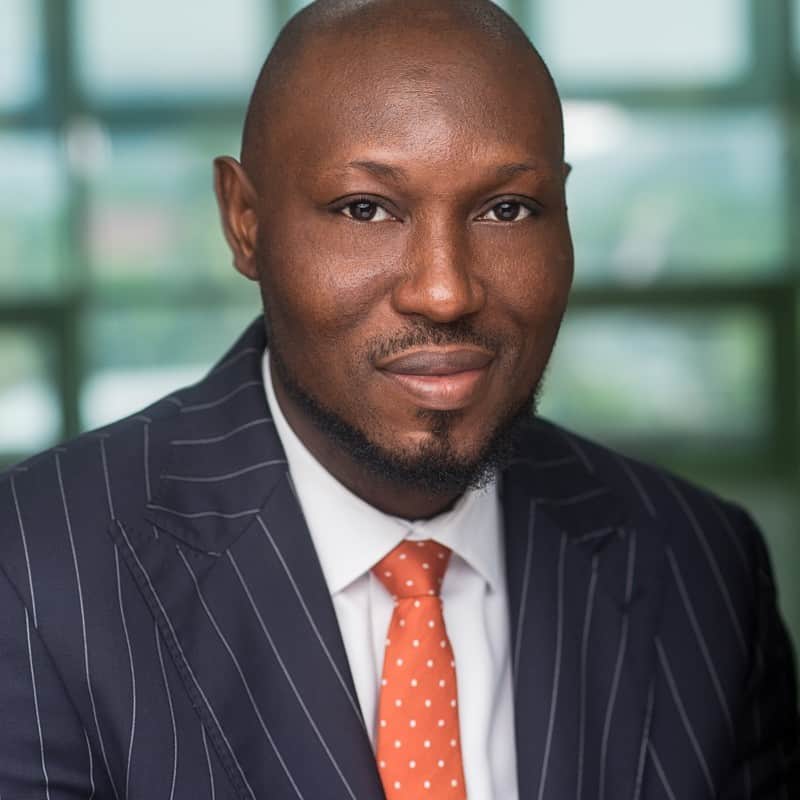 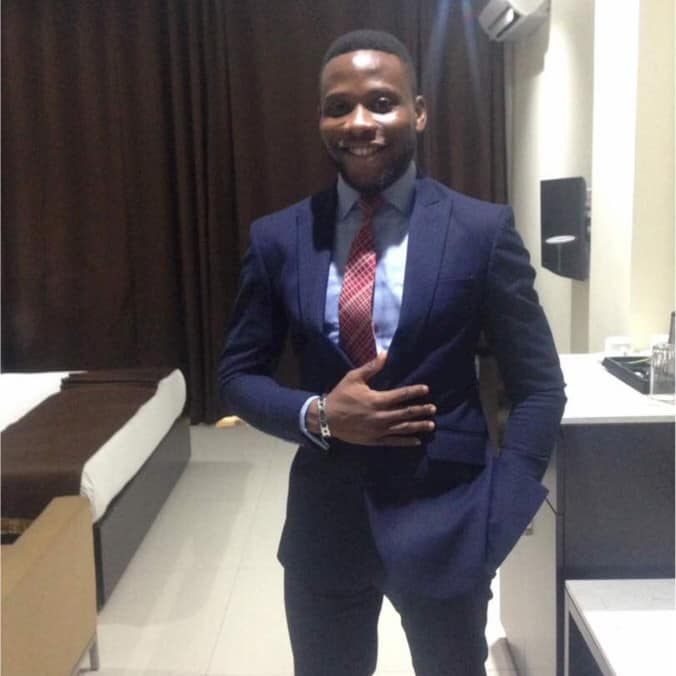