Households, smallholders and entrepreneurs in remote locations across Benin will be able to access reliable and cheap electricity for the first time under a new off-grid solar scheme agreed between leading solar energy company ENGIE Energy Access and the European Investment Bank, one of the world’s largest financiers of renewable energy.

The European Investment Bank has agreed to provide a EUR 10 million loan to support the deployment of 107,000 high-quality solar home systems to Benin. This will open up access to clean energy for 643,000 people. The solar home systems include solar panels and battery storage to be sold on Pay-As-You-Go (PAYGO) contracts.

Ambroise Fayolle, the European Investment Bank Vice President, said: “Vulnerable communities across Africa are being impacted by global energy shocks triggered by Russia’s invasion of Ukraine and so improving access to affordable and clean energy is even more important to fight poverty, create jobs and empower women and girls. The European Investment Bank is pleased to agree new support for scaling up off-grid solar deployment to West Africa under this new partnership with ENGIE.

“For the first time, more than half a million people across Benin will be able to access electricity that will power communications, provide light and make cooking easier. Deployment of solar home systems will also reduce the usage of kerosene, charcoal, candles and generators to help families save money, reduce pollution and reduce the risk of accidents. Unlocking sustainable, economic and social development through off-grid solar is key for Africa’s future and to reduce the impact of global energy shocks, The EIB is pleased to back this project in Benin.”

Gillian-Alexandre Huart, ENGIE Energy Access CEO, said: “Over the last couple of years, the private sector has developed off-grid solutions such as solar home systems (SHS), micro- and mini-grids, which have clearly proven to be sustainable and economical solutions to reach universal energy access by 2030. Thanks to the use of digital tools and the strong penetration of mobile money in Sub-Saharan Africa, ENGIE Energy Access sells access-to-energy products to our customers on credit to make them affordable. It is clear that a combination of capital from private investors and impact funds from multilateral funds is needed in order to reach the amount of funding necessary to realize the energy transition and to meet SDG7 in Africa.” 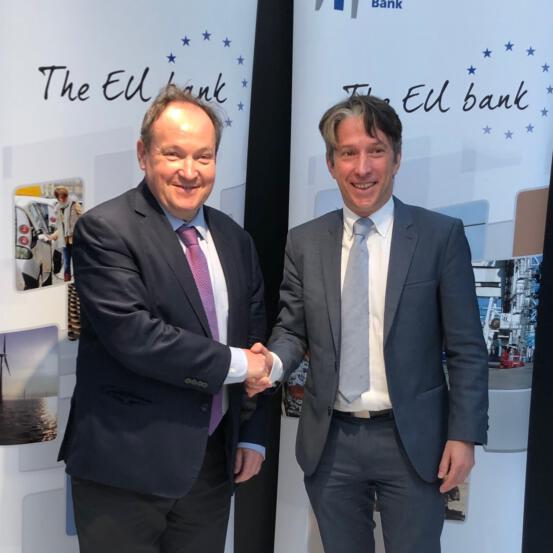 Gillian-Alexandre Huart
ENGIE Energy Access CEO
“Our new partnership with the European Investment Bank in Benin will provide ultra-affordable PAYGO systems to people in villages across the country, giving access to clean solar energy and financial empowerment. With its sustainable integrated business model, ENGIE Energy Access is now serving 1.5 million customers, impacting over 7 million lives in Sub-Saharan Africa, reaching people in low-income communities or rural areas who are often left out of the economy.”

The new Benin cooperation follows EIB’s previous support for ENGIE to deploy off-grid solar power in Uganda. Benin is the sixth African country to benefit from the EIB’s streamlined support for African off-grid energy investment, following recent backing for projects in Mozambique, Uganda, Chad, the Democratic Republic of Congo and the Comoros.

Solving the last mile challenge to provide power in remote communities across Benin
More than one million households are dependent on polluting and inefficient lighting by kerosene or candles, and increasingly expensive generators.

Less than one in five people living in remote and rural communities across Benin have access to reliable electricity and only 10% of households are using off-grid solar products.

By scaling up adoption of off-grid solar technology in Benin, this new initiative will provide economic, social, educational and health opportunities for families and entrepreneurs who cannot be connected to the electricity network.

Supporting private sector growth and sustainable development in Benin
Following the new agreement between ENGIE and the European Investment Bank, households, entrepreneurs and smallholders across Benin will be able to access electricity for mobile phones, solar lighting, refrigeration, radio and television. This will help farmers to sell their produce, improve the health of communities and create new markets for traders.

Increased provision of reliable and affordable energy will create new opportunities for women and girls and reduce exposure to indoor pollution from current kerosene use.

Sylvia Hartleif, Ambassador of the European Union to Benin, said: “The European Union is committed to supporting sustainable economic and social development across Benin. This new cooperation initiative between the European Investment Bank and ENGIE demonstrates the value added of European engagement with our African partners to transform energy access and fight against climate change. Harnessing renewable energy through private sector engagement and innovative off-grid solar technology, combined with productive use of power in rural areas, is a direct and concrete result of the European Union’s ‘Green Deal’ for Africa. The initiative will provide new opportunities for more than half a million people across Benin and will pave the way to the clean energy transition, in line with the EU’s ‘Global Gateway’ strategy.” 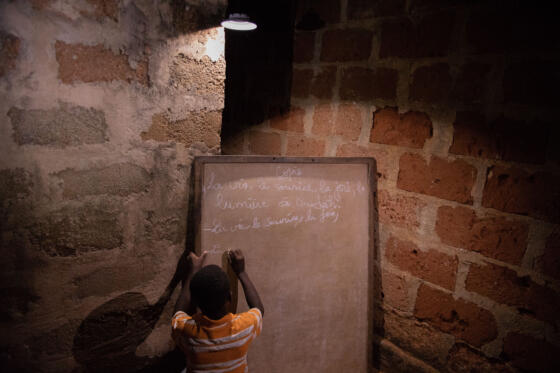 The provision of the PAYGO model will allow families unable to afford the upfront costs of solar home systems to pay for the equipment over a duration of some years at less than USD 20 cents a day. The new European Investment Bank financing will also allow repayment of equipment purchased in US dollars in local currency. Previously, currency fluctuations hindered provision of affordable, clean energy solutions to communities without access to foreign currency. Customers will also benefit from cheaper costs and easier repayment through use of mobile banking. 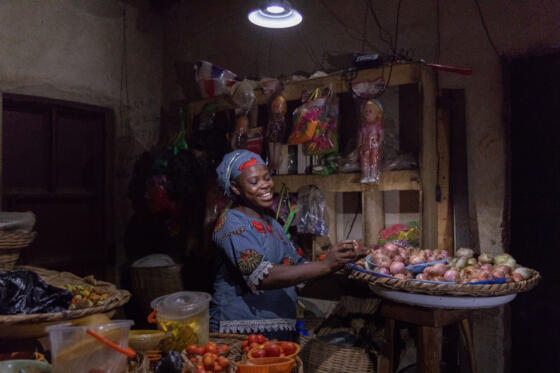 Over the last decade, the European Investment Bank has provided more than EUR 5.4 billion for clean energy investment across Africa. In recent years, the European Investment Bank has been a leading financial for the Bujagali hydropower project in Uganda and Nachtigal hydropower scheme in Cameroon, the Lake Turkana Wind Farm, Olkaria Geothermal plant and the Radiant and Eldosol solar schemes in Kenya, as well as financing last-mile connections in Kenya and cross-border interconnectors in West, East and Southern Africa. The EIB is also supporting studies to harness hydropower to transform clean energy in Burundi and the Great Lakes region.

About the European Investment Bank:

The European Investment Bank (EIB) is the long-term lending institution of the European Union owned by its Member States. It makes long-term finance available for sound investment in order to contribute towards EU policy goals.